Australia’s New Centre for Workplace Leadership Not So Central? – HRwisdom Skip to the content
HRwisdom

Australia’s New Centre for Workplace Leadership Not So Central?

Yesterday the HRwisdom Blog examined the recent announcement by the Federal Minister for Employment and Workplace Relations to boost Australia’s workplace leadership capability.

“Today I am announcing that the Gillard Government, in collaboration with industry, is providing $12 million over four years for the establishment of a new Centre for Workplace Leadership.” 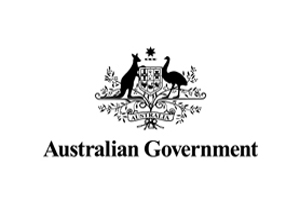 However, one high profile labour economics expert has raised the unusual prospect that the Government may have got it wrong with this new investment.

HRwisdom was a little unsure about on the position held by high profile economist Judith Sloan in her widely-read column in a recent edition of The Australian newspaper.

Perhaps you can tell where the highly respected Judith Sloan stands on this issue . . . ?

“The idea of wet-behind-the-ears public servants, fresh from their postmodern university education majoring in cultural studies, handing out advice to highly experienced, but hard-pressed, business owners – I ask you. What is the government thinking?

But I guess most members of the government, who have neither run a business nor made weekly payrolls, have more in common with the earnest, know-nothing public servants who hang out in Canberra than with harried company managers.

Whilst HRwisdom obviously took offense at Judith Sloan suggesting that the Government spending $12 million to demonstrate its support of HRwisdom’s harping on/heavy focus on being proactive, her next comments did make us think twice . . .

“According to the blurb -oops, I mean media release – “the centre will encourage higher performing, innovative workplaces and stronger leadership capability in Australian workplaces, to boost productivity and ensure Australian workers truly have quality jobs”. Truly.

Don’t you just love it? The government brings in the Fair Work Act, which is based on conflict and differences between employers and workers.”

As Sloan continued, the HRwisdom were beginning to feel a little more uncomfortable about letting the Government spending $12 million to hang out with us . . .

“So, having brought in laws based on a “them-and-us” conception of workplace relations, the government feels the need to spray around more taxpayer funds to encourage workplace leadership and worker engagement, intermediates through trade unions, of course, to encourage “productive workplaces”.

At HRwisdom we have decided that a better middle ground would be for HRwisdom to be given the $12 million to spend as we see fit.

We promise to use the money wisely.