At HRwisdom, we talk a lot about how to measure HR and how to get the best out of your workforce using effective business targets and measures.

In one of our many free employer briefings (’15 Ways To Manage Your Employees During Uncertain Times’) we suggest the following:

Bizarre – Why Did They Fire This Punctual, Top Performing Employee?

How To Manage Redundancies Without Destroying All Staff Goodwill [Audio Interview]

In the extracts above, we described some of the ways you can measure the performance of your human resources and of your business overall.

However, we often get asked about how best to display this information?

After all, some business measures can be quite tricky to communicate to the workforce so how can we display this on paper so everyone can understand easier?

In today’s HRwisdom blog post on how to measure HR, we’re sharing some valuable information from an industry expert on how to display these business and HR metrics in the most effective and convincing manner.

This time, however, the resource is a little different and, hopefully, a little fun for you.

The resource comes courtesy of Stephen Few. Stephen consults to industry and teaches in the MBA program at the University of California, Berkeley.

Stephen is a regular visitor to Australia to  run his leading-edge training and share his Graph Design IQ Test.

An HR Brain Teaser For You

Think you know the best way to share performance results with your staff?

We’d love it if you shared this with your friends and colleagues (you can use the social media buttons below).

Training And Development Of Staff

Training and development of staff – this is one of the key issues addressed in the free HRwisdom Employee Attraction & Retention Guide available for download here now.

Training and Development of Staff

Much of the information in the comprehensive free guide goes towards answering questions around Training and development of staff.

In the wider context, the free guide has been developed to help business owners and Human Resources professionals who want to fast-track their staff management success.

One such expert contributor is Alan Hargreaves.

Alan’s approach to management is highly effective, yet inspiringly simple. It focuses on real issues rather than strategic principles. His innovative mix of personal and collaborative action brings immediate traction. He is author of the management book, Recharge, published by John Wiley and Sons.

Alan is a director and partner of Hargreaves Revis Wills, which provides bespoke mentoring services to senior executives. He is regularly engaged as a speaker, consultant and mentor.

In his article, Alan puts a unique service perspective on the issue of staff development. This perspective provides a powerful way to build trust and loyalty with your staff. By adopting some of Alan’s ideas, you may well be pleasantly surprised by the result.

These questions can lead to major HR problems for employers. 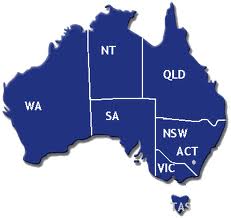 The first, a book released by Australian entrepreneur and eco-billionaire, Dick Smith argues strongly for a sustainable population level for Australia. The book, called ‘Dick Smith’s Population Crisis,’ is described in its own summary as follows:

“In 2011 the world’s population exceeded 7 billion. Each year we add nearly 80 million people and by mid-century we will require twice as much food and double the energy we use today. Australia will be deeply affected by these trends – we have the fastest growing population of any developed nation.

These are the staggering facts that confronted Dick Smith. They set him on his crusade to alert us to the dangers of unsustainable growth. They are the facts that have convinced him that if we are to ensure the survival of our civilisation and the health of the planet then we must put a stop to population growth, now.

As our cities continue their unrestrained growth, as we battle daily on crowded public transport and clogged freeways, and as we confront the reality of water and power shortages, Dick challenges the long-held myth that growth is good for us. But more importantly he offers ways for us to re-invent our economy, to reassess the way we live and to at least slow down that ticking clock. This is a provocative, powerful and urgent call to arms.”

Smith’s call for a sustainable population is made all the more interesting for HR strategy when considered in the context of the other major book released in recent times by the eminent and very entertaining sociologist and KPMG partner, Bernard Salt.

Salt’s new book called ‘The Big Tilt’ outlines the challenges faced by Australia (and probably also by many other developed economies) due to the imminent mass exodus from the workforce of the Baby Boomer generation.

Salt scopes the big questions of where Australian society might be headed in the decade ahead.

One of the most pressing social and demographic issues will be the baby bust according to Salt.

In 2011 baby boomers born in 1946 turn 65 and are eligible for an age pension. This sets up an invisible faultline (or tilt point) where boomers exit the workforce at a faster rate than Gen Y enters the workforce.

This faultline or Big Tilt as Salt calls it will change consumer spending (greater emphasis on ‘value’ through, say, internet retailing), create new social behaviours (downshifting where boomers extract equity from big city property) and present challenges to the skills and tax base of the nation since there are not enough workers to replace the boomers and not enough tax to fund the retirement that boomers have come to expect.

These two fascinating characters within the Australian business environment have highlighted some major challenges for any organisation planning to operate within Australia over the coming decade.

Many questions will abound about the management of skills shortages, labour supply, the sources and logistics of recruitment and more.

Smart organisations are keeping abreast of these developments and noting the very real challenges as they apply to staff management.