We also share advice on how to prevent these problems from happening to you.

The President of Fair Work Australia (FWA) is required by the Fair Work Act to provide regular updates to the Minister for Workplace Relations.

The latest quarterly report covers July 2012 to September 2012 and, even though it was only a short time period, there are some concerning things to note.

How many claims were dismissed because the dismissal was a case of genuine redundancy? Three.

How many claims were dismissed because the dismissal was consistent with the Small Business Fair Dismissal Code? One.

How many unfair dismissal cases were settled without a decision being made? 3307.

Much as we hate it, the majority of employers know that unfair dismissal claims are usually settled ‘on the steps’ before it goes to court – even if the employee was terrible and the business did the right thing and followed due process. Unfortunately, it is purely a commercial decision,

That’s one big reason why you need to already know and trust good employment lawyers before something goes wrong.

In the area of Protected Action and Industrial Action, there were 476 applications for protected ballot orders and 31 applications to get the protected industrial action period extended.

Union Right of Entry Into The Workplace

In the area of Union Right of Entry into the workplace, there were 489 applications for right of entry permits and 498 were actually issued.

On six occasions, Fair Work Australia was asked to deal with disputes between an employer and the organisation regarding the use of flexible working arrangements.

There were 2108 applications for the approval of enterprise agreements.

It’s a good reason to work out a game plan before these sorts of issues arise.

We recommend being proactive and making contact with good employment lawyers early.

By being proactive and having your legal advisors in place before anything goes wrong, you can often significantly reduce your risks.

By being proactive, you can quickly audit your current position on workplace law compliance.

You can then identify clear strategies and action plans to fill any gaps.

You can see our legal advice recommendations here:

How To Avoid The Nasty Side Of Employee Relations

Most people have seen the nasty side of employee relations gone wrong at work.

What Proactive Organisations Do

To save themselves the headache, proactive organisations tend to tick the following four items off the To Do list as soon as possible:

Smart businesses add a 5th item to their list . .

The 5th item is to keep up to date with good workplace legal advisors so the business is ready for any problem that may arise.

You can download free staff management documents and details of legal advisors on a regional basis here:

HRwisdom has updated its resources and added more free HR templates and resources.

The documents are stored in State/Territory sections.

The free HR templates and resources come from a variety of sources including HR experts and government departments.

The free HR templates and management resources include:

Get Your Free HR Templates & Reports

Here are some examples of some of the additional free HRwisdom HR resources: 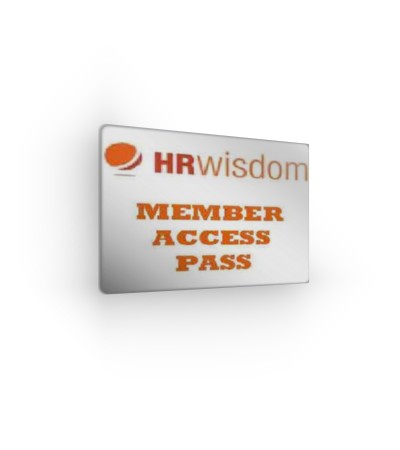 In a recent HRwisdom Blog post, we looked at how industrial action and strikes in Australia are measured and reported.

We also looked at the recent change in the number of working days lost to industrial action.

The article drew on information from both the ABS (Australian Bureau of Statistics) and the Sydney Morning Herald.

However, as a sidebar, our investigation into Australian strike activity led us to a golden oldy from an old union campaign.

The union movement’s ‘YourRights At Work’ was, by most assessments, an extremely successful media campaign which had a significant impact on Australian politics at the time.

Here at HRwisdom we’re wondering if the video below rings any bells for fans of Monty Python?

If so, feel free to share this excellent re-working of an old classic.

Warning: A couple of rude words make an appearance during the video.

Strike Action On The Rise?

With high profile strikes being seen in recent times in the education sector, aviation industry as well as the construction sector, HRwisdom has taken a quick peek at what’s actually happening from a numbers perspective.

This investigation also led us to a golden oldy…

How Strikes Are Measured In Australia

The Australian Bureau of Statistics (ABS) produces regular updates on industrial action and strikes in Australia.

Here’s how the ABS measures industrial disputes in Australia . . .

The following types of industrial disputes are within the scope of the ID collection:

Excluded from the scope of the collection are work-to-rules, go-slows and bans (eg. overtime bans).

Also excluded are effects of disputes on locations other than where the stoppages occurred, such as stand downs because of lack of materials, disruption of transport services and power cuts.

Knowing the categories and definitions is useful to understanding what’s going on for employers.

Highest Number of Working Days Lost To Industrial Action Since 2004

Now let’s turn our attention to what’s actually happening in the bigger picture.

According to the Sydney Morning Herald which reviewed the recent ABS data release:

“The highest number of working days lost to industrial action since June 2004 was recorded in the June 2012 quarter.

A total of 101,700 working days were lost in April, May and June – almost three times more than in the March quarter.

In the 12 months to June, the number of disputes dropped by one from the previous year, but almost double the number of working days were lost.”

A Golden Oldy From The Union Movement

Finally, as mentioned above, this investigation into Australian strike activity led us to a golden oldy from an old union campaign.

Warning: A rude word makes an appearance during the video.