There are many challenges in managing change for supervisors and middle managers when it comes to managing staff.

There are well-known problems faced by frontline leaders and middle managers:

There are many more such challenges in managing change.

However, there is another challenge facing supervisors and middle managers that doesn’t get much airplay . . .

An Under-Acknowledged Challenge When Managing Change

Consider the ‘under-acknowledged’ challenge: Line managers being required to communicate and support unpopular decisions into which they had no input.

We were reminded by this problem in an unusual way – by a retired rock and roll star. 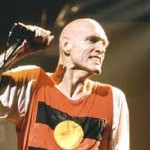 Peter Garrett was formerly the lead singer of the successful Australian rock band, Midnight Oil. He then went on to become a politician, being signed as a star recruit to ultimately become a minister in the Labor government.

Recently, with the switch back to Kevin Rudd as Prime Minister, Garrett announced his resignation from the ministry and from politics.

In a post-resignation interview with Alex Malley, Garrett was free to open up about a key challenge he faced during his time as a government minister.

Strangely enough, he described the under-acknowledged problem that faces supervisors and middle managers when it comes to communicating difficult news.

[quote]”I always understood entirely what I think are the very necessary disciplines of being a team player in a political party,” Mr Garrett told TV series The Bottom Line…” I took the view, painful as it was, that if you are a cabinet minister in a government and you accept the fact that government policy won’t always reflect your specific personal viewpoint then you’ve got one of two choices.” “You can either leave or you can be a responsible member of the cabinet,” he said. “I chose the latter course of action. But it was by no means easy.”[/quote]

According to the interview, ‘Mr Garrett had told the interviewer Alex Malley that he had always compensated for that inability to speak his mind publicly by arguing passionately with his fellow ministers.’

[quote]”I do reflect my views very strongly where I need to with my colleagues,” he said. But when the argument in cabinet is over, it’s every minister’s duty to express support for the final policy in public.”[/quote]

Challenges In Managing Change – What Can We Learn From A Retired Rock Star?

When it comes to helping our supervisory staff and middle managers, what can businesses learn from a retired rock star?

Key Learning: When making business decisions that may be controversial or difficult to accept, business leaders must look beyond the usual communications plans that tend to only focus on the ‘end users’ of the decision.

Time must be taken to consider whether involvement and buy-in by supervisors and middle managers is possible.

If it is possible, leaders should maximise the chance of the proposed change succeeding by getting the crucial commitment of the people who will receive the most questions and feedback when the change is announced – line managers.

If the involvement of line managers is not possible, business leaders must plan for extra briefings and support for this key group before the message is widely communicated.

Feel free to share this article with your friends and colleagues.