The ‘Colourful’ HR Video We Were Too Scared To Show You

Recently, the HRwisdom Blog post examined an unusual publicity campaign called: Nothing HR Can’t Sort Out In The Morning.

Since posting the article, we have been contacted by the company involved and they have provided us with a copy of a ‘colourful’ HR video on the theme of Nothing HR Can’t Sort Out In The Morning.

We admit it. As an HR website, we are too scared to share this HR video with you here on the HRwisdom Blog (but we’ll show you where to see it). 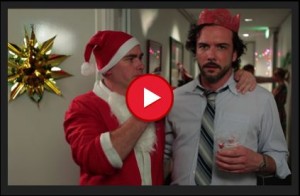 The company behind the video (Strike) began by asking its fans for their worst experiences of an office Christmas party.

According to the company: “Almost all responses from people who had a Christmas party in their workplace, reported that the party had been pretty bad, and listed so many things that were absolutely cringe-worthy, things like the CEO’s wrestling with staff, songs running off an iPod on repeat all night, terrible food, warm beers. The responses kept coming in.”

Using these replies, the company and their agency Loud&Clear have recreated the most common or ridiculous responses, in a quick walk-through of a truly terrible Christmas party.

Due to the ‘colorful’ nature of the video (though probably still rated G), we were too scared to share the video with you here on the HRwisdom Blog.

However, we have posted the video straight onto the HRwisdom Facebook Page (just note this as our ‘Viewer Beware’ disclaimer).

Watch the video if you dare (we’ve also included details of the company’s giveaway of a party for one viewer and 25 of their colleagues to experience a Christmas party with a difference).

Watch the video and hopefully you’ll see that it was nothing that H.R couldn’t sort out in the morning.